2018! A year that is will forever remain special. Tomorrow August 19th I leave home for college and moving 2000 miles away but before I can do that, I need to make sure that the Chesshelps tournament that I started 4 years ago marks its fifth anniversary.

This year Chesshelps celebrated one of the most influential and pivotal figure in Arizona Chess, Jon Coulter. Jon has run innumerable events and has supported chess for more than 30 years in Arizona. He has for the last three years volunteered his time as a tournament director for Chesshelps. Thanks Jon for your contributions to legions of young aspiring chess players.

101 players showed up to have fun and support a cause at the same time. Here are few pictures from the event. Cross table on USCF Page here.

As I mentioned earlier I will be moving away from Arizona but I hope to continue to conduct the tournament once a year along with Jonathan Martinez, a USCF expert and sophomore at Catalina Foothills. I would also like to thank Michelle Martinez for helping me fifth year in a row and volunteering for Chesshelps. Without her and Jon's support, it is impossible to conduct a tournament of this size. 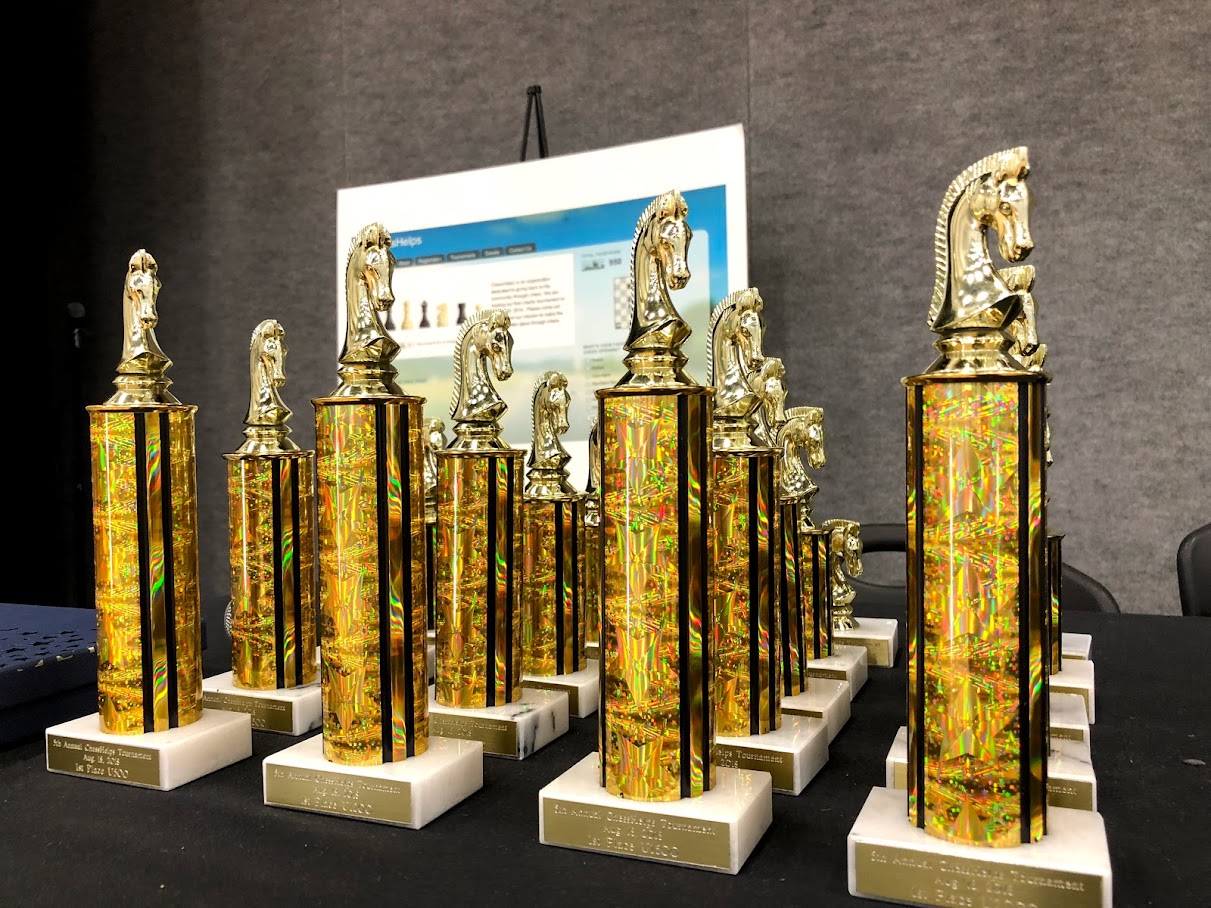 Posted by Prateek Pinisetti at 16:41