The third annual ChessHelps tournament held this year on August 13th at the brand new BASIS Chandler campus was a great event. The turn out was fantastic with 160 plus players, with 138 USCF rated players, several titled players like GM Barcenilla, IM elect Joel Banawa, WIM Luilia Cordona, not to mention several friends and family who played in the casual section.

The event kicked off with Mrs. Terrell, the Principal of BASIS Chandler talking about the tournament and how it helps the school and its ATF (Annual Teacher Fund) program. Next, it was my turn to talk and I spoke about the benefits of donating to kiva.org,  a micro lending organization which ChessHelps has given to in past years. Martha Underwood, the chief Tournament Director, spoke last about the logistics, round timings and rules. Last but not the least, ChessHelps presented a plaque to Rachel and Myron Lieberman, long time chess promoters in the State of Arizona for all their efforts and services to promote chess. We are so glad they could attend and accept the award and speak a few words.

The short ceremony concluded and Mr. Coulter  posted the pairings and all the players rushed to find their room and board.

I would like to take this opportunity to thank the tournament directors, Martha Underwood, Michelle Martinez, Richard Smouse and Jon Coulter as well as junior TDs Aiya Cancio and Jonathan Martinez. I could not host such a big event without their help from posting the tournament on events4chess.com to helping with the promotion of the event. I would also like to thank the wonderful and supportive coaches Joel Banawa, Liulia Cordona, Luke Calhoun, Alex Dulgar and Pedram Atoufi. Thanks also to the various clubs for promoting my event, AZ Chess Central, Unity Chess, Rising Phoenix, Angelina Belakovskaia Academy, Phoenix Chess Trainer etc. And finally all the players who showed up from as far as New Mexico, Flagstaff, Prescott, Yuma, Casa grande and Tucson, hope you had a few good games. This is one tournament where you win regardless of the outcome of the game. Thank You.


Peter Fenger who played in the OPEN section became a MASTER in this Tournament. Congrats Peter.

Cross tables USCF Cross Tables
Player list Advanced Entries, and more than 20 players showed up on the spot for sign up. Enjoy some of the pictures from the tournament. 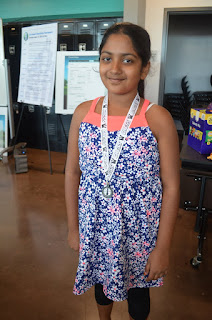 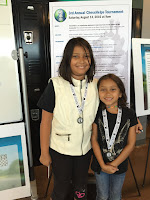 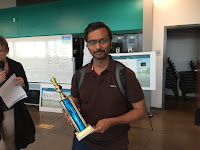 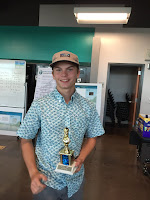 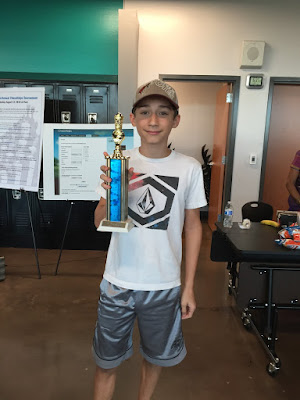 Posted by Prateek Pinisetti at 20:22